The most common thing founders are taught about fundraising is that they should raise for 18-24 months of runway (while “adjusting for increase in headcount, etc.”). That’s the advice you should take if you don’t want to fail. If you want to win, however, you should start thinking a bit differently. You’ll also notice that the best companies don’t tend to raise on a 12 month fundraising schedule but either much earlier like 6 months or much later.  That’s because they’re smashing through their milestones ahead of schedule or they just don’t need to raise because their revenue is growing faster than the pace they can hire (yes, this happens).

After all, that is the kind of company you should strive to lead as a founder.

Because the “18-24 months of runway” advice is so ubiquitous amongst founders, a lot of new founders tend to miss the reason WHY that advice exists. The WHY is always more important than the WHAT in the road to success.

When a startup needs financing, it’s because of one of three reasons:

*Most startups at the early stages are raising money for a varying degrees of mixture of (1) and (2). Unless you are Slack or Uber, it’s likely not (3) – even if you think it may be.

When an investor invests into a startup, it’s because of one of three reasons:

Common denominator here is that investors invest because there’s a clear outline to it being a likely profitable investment.

So when a founder is looking to raise on “18-24 months of runway” and they communicate it so with their prospective investor without much substance around the business reasons why, it misses the mark completely between what investors want and what the founder needs.

To an investor, you might as well say, “I want to collect paycheck with your money for the next 2 years. I’m sure the business will be bigger in 2 years than it is now, but not sure…”

Investors are NOT funding a startup for it to survive, but rather for it to thrive. As a founder, stop thinking about how much money you need per month with added staffing and marketing costs and multiplying it by 18-24 to come up with the arbitrary number of your raise. Instead, as a founder, start thinking about what is the next fundable milestone for your startup is and work backwards from there on staffing, marketing costs, etc.. THEN, add that 30-50% buffer. Then the funding narrative becomes, “I can grow so you get what you want, I just need what you can easily give (money or help).”

A fundable milestone is an achievement that is able to show next round investors that you have highly derisked the main risk factors of the previous round, while showing evidence of a high (or even better, higher) remaining upside.

I’d love to stop seeing founders raising arbitrary numbers like $1M and rather having founders say something like, “We’re trying to raise our (Current Round) to get to be able to raise our (Next Round). Based on (Next Round) comps, we think we need to get to X KPI and prove out A, B, C to have a compelling reason for (Next Round) investors to become part of our story. We THINK we will likely need (add increase in cost events here – ie. “to hire (#) people to keep our growth,” “added marketing costs,” etc.). All that and using our current and low-end projected growth levels we think we can get there in 6-10 months, then adding (30-50%) buffer, we’d like to raise $XXX.”

The danger of not thinking about the actual reason why you raise a certain amount (usually if it’s just based on an arbitrary runway) is that there is no winning scenario. Likely survival scenario is that you’ll either over raise, give up too much equity, and overspend to accomplish the same milestone you could have hit for less. Likely fail scenario is that because you have more money in the bank than what to spend it on, you end up spending it in all kinds of unnecessary channels and never end up getting to your next milestone (like extra hires here and there, extra promotions here and there, focusing on way long term stuff without executing on what’s needed now, etc.). Yes, you can overfund yourself to your death. Either way, it’s likely a non-winning scenario.

For your next round, start thinking about which milestone you think you need to hit to get an investor excited and work backwards in coming up with the amount and what that represents from a time standpoint. That will help you raise quicker and get to your milestones efficiently while optimizing for equity upside for you and your team. 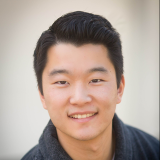 Tim Chae
Tim (팀채) is a Partner at 500 Startups and the Head of 500 Startups Korea. He is an investor in 40+ seed stage tech companies in SF/SV and Korea. He splits his time between San Francisco and Seoul. You can find more about Tim here.
Previous Post

M.I.N.T.: A Value-Add Framework for Investors